My research into the evolution of human emotion and our physical progress has generally followed the same line as it has in previous compositions. The mapping of the human genome continues to spill out information about genes that identify various cancers and other maladies which affect our being and new ways of defending against or correcting these anomalies continue to arise. Research into stem cell cloning has pinpointed areas where it too can have beneficial influences on our physical development. Along with Pinker, Dawkins, Greenfield and Wilson, whose attitudes, and findings on the subject of emotional development, moral philosopher, Mary Midgley and Simon Blackburn, professor of philosophy at the University of Cambridge have recently produced some interesting writing covering the same areas. Still the arguments as to whether and which emotions evolve or readapt still remain.

The poetry written for the video had been designed to comment on mankind’s emotional, as opposed to logical, responses to given situations, emotions which produce instinctive reactions. The purpose of the work is to concentrate on the turmoil that occurs within our minds at given moments of anxiety or danger, and to juxtapose these with our projected physical prowess. My inference being that these two areas of natural or manmade development are becoming increasingly out of step. I concentrated on the turmoil itself, trying to unveil how it actually felt, searching for vehicles to portray this feeling and the causality of responses which sometimes lead to conflict.

The second consideration to emerge from these sessions was, whether the theory behind my poetry was fully supported by my research or was it personal to me i.e. who I was speaking for, the answer to this was, that although I was being informed by reading past and present views of philosophers, psychologists and scientists, it was myself who made the final conclusions and was linking the emotional/physical facet which underlined the whole project. Therefore, the project was portraying, as does much of the poetry, my own feelings, and judgements, which made the project autobiographical, a self-portrait.

At earlier stages of the project I had decided against using images of myself, firstly as the image of the running man I had developed as a symbol for stamina, to indicate the superhuman qualities I was promoting as the future human. Secondly the image of me, reading my poetry, as proposed by my piers during a group critique. Both ideas I rejected because at that stage my thought process was against any kind of self-portraiture. Having come to these conclusions I eventually rested the problem by employing the iconic image of Roger Bannister breaking the four-minute mile barrier, as the essence of man’s stride forward.

When I revisited the project, as stated in the introduction, I had been reading poetry past and present in order to attain a greater understanding of the subject which brought me to Samuel Taylor Coleridge’s, ‘The Rhyme of the Ancient Mariner’, where he uses the story of the ill-fated mariner as a metaphor for his troubled path through life. In this poem water takes on the role of his turbulent emotions in the same way he uses Xanadu as the place he retreats to in his mind when under the influence of opium, in his poem Kubla Khan. I first thought of using the surf on the beach, but then happened upon the turbulent water activity that occurs at high tide in the Seal Pit for the cooling water discharge at a local Power Station. The foaming sea water here has an almost hypnotic effect which evinces the condition of the human mind in heightened states of emotion.

There are two aspects to our emotional responses, as I mentioned in my introduction, our personal responses in everyday life, how we interface with each other in close relationships. The other being, how we respond to larger issues such as the nine-eleven disaster or the recent London bombings. These two emotional responses are often at complete odds with one another, people as we know from our recent history, who would normally be passive, are capable of the most indescribable cruelty when caught up in the mass hysteria of a given situation, revealing a dual persona.

‘In 1942 a unit of ordinary, middle aged, German reserve policemen were ordered to liquidate a Jewish village. Most of them had never fired a shot at a human being before, yet they killed with little hesitation and eventually went on to slaughter tens of thousands in cold blood.’ How could this transformation have taken place?

There are two distinct positions my poetry has taken, one is the turbulent problematic side of life, generally dealing with relationships, theology, and a life philosophy. These are the poems I have deployed under the heading, ‘Water’. In the other category I have grouped together poems about conflict and war. Inevitably human conflict holds the capability to destroy mankind. If we all, as individuals, thought about this logically, there would be no conflict. It is our emotions that accommodate such actions, whether personal or politically aroused by others.It is for these I made a separate video using fire in place of water to illustrate both the anger I feel about such actions as in Homer’s ‘Iliad’, ‘Agamemnon, in deep anger: fury filled his dark heart full, and his eyes were like blazing fire.’ and as a symbol for war, taken from Shakespeare’s ‘Henry V’: ‘..like a Job he will come with fire and brimstone.’.

My research into the evolution of emotion brought me naturally, although not forgetting that happiness is also a basic emotion but it’s complex, different for each individual and too transient to define, even children playing in a park can have a sinister undertone when applied to canvas, to the ultimate conclusion of self-destruction, suicide. On average about six thousand people take their own lives in the UK every year, in the world it’s eight hundred thousand annually. It’s a massive subject of which there are reems of documentation and controlling systems in place but so far to practically no avail. And I still can’t find a realistic explanation for closing down the asylums and replacing them with inefficient under-staffed privately owned care homes, instead of having all the expertise and resources in one place. Creating artwork, it’s only in a research stage, for such a dark subject is proving challenging, there are so many contingencies that must apply to produce a sympathetic and expedient body of work. Art history gives us a great deal on Socrates, Cleopatra, and Lucretia it’s proving difficult to find more contemporary work save Rabih Mroue 2004, Joe Tilson 1969, a print by Andy Warhol, David Alfaro Siqueiros 1936, and Georgia Middleton 2016. 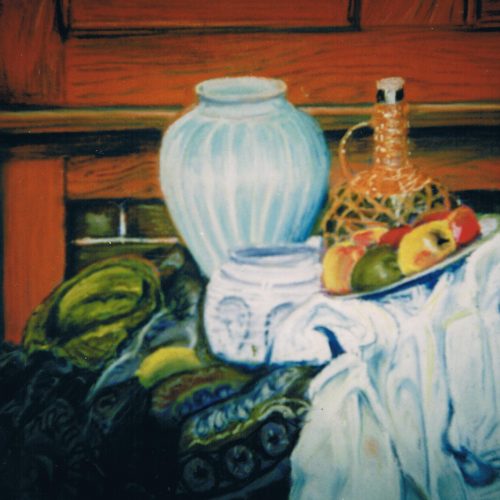 Still Life drawing or painting is an excellent way to explore new materials and hone skills. 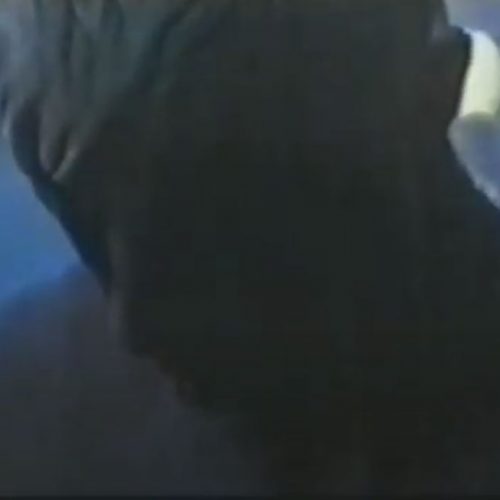 This Exhibition piece is comprised of two large oil paintings and a video projection, making up the GACT triptych. (GACT is an acronym produced from the four chemicals that make...

‘Ego’ was the first of the ‘Inner Landscape’ paintings and set the tone for whole project. A feature of my paintings, the application of sand to the primer mix, which...